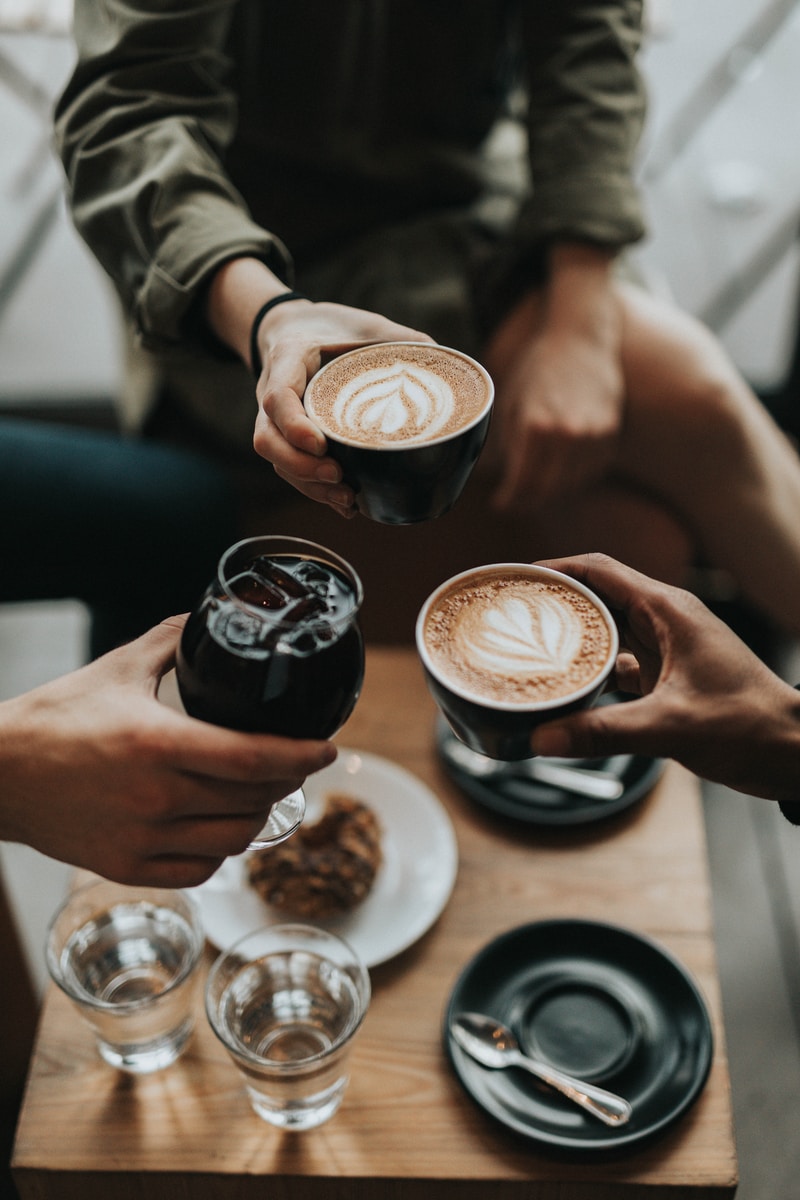 “See Social-life and Glee sit down,
All joyous and unthinking,
Till, quite transmogrified, they’re grown
Debauchery and Drinking“

Today I wanted to share with you my best tips for socializing without drinking. This was honestly something that totally terrified me as I was starting to drink less and opt for social occasions where I would intentionally choose not to drink.

It terrified me for a few reasons:

I was usually the last woman standing at most social functions. My whole identity was wrapped up in being that dependable drinking buddy for a lot of my friends. I was afraid of what people would think if I wasn’t that person anymore. Would they even like me? Would I need to make new friends? Would I like them?

2. How do I communicate that I’m not drinking?

3. What would people think?

4. How do I socialize without alcohol?

I always relied on alcohol as a social lubricant that made me more comfortable and confident in social situations. What kind of person would I be without alcohol – stone cold sober socializing with others? Would I be boring? Would I be awkward? Would I have fun?

I quickly realized that I was going to need to GO THROUGH these experiences in order to gain skills around them. To be honest they were difficult and uncomfortable…but the truth is once I saw myself survive the awkward conversations a few times, it got easier and I got more confident in my decision.

So here are some tips I have for you as you navigate the challenges that come with showing up sober to social functions.

We have to become aware of how much our IDENTITY is wrapped up in alcohol. And this is something that will be uncomfortable to change at first. But the good news is that it’s CHANGEABLE. And even if you’re the life of the party – there will always be other people who will take that role… so it doesn’t need to rest on your shoulders. It helped me to write down the new identity I wanted to have and to revisit that everyday. Even though I automatically identified as a “party girl” – I didn’t want that label anymore. So I started to shift my identity to other things like someone who loves to wake up early, someone who enjoys being sober at parties to really engage in meaningful conversations, someone who actually likes to be the designated driver because it helps my friends. So here is your invitation to realize that you can change your identity, and it just takes a little practice.

2. Having the conversation about your decision to not drink.

Okay to be honest this was probably the most terrifying piece for me. Just the thought of it would cause heaps of anxiety to swell in my chest and my mind to go blank. Why was I so afraid of this? I think it was because I was afraid to be judged and not liked by my friends. But what really helped me to navigate these conversations was to:

Develop an arsenal of responses to the various questions about why I’m not drinking. This made me realize there are so many clever ways we can respond to this that we really don’t need to be afraid at all. Things like, “no thanks I’m getting up early for a workout” or “no thanks I’m driving” or “no thanks I’m not in the mood.”

Respond with CONFIDENCE. I found that when I responded with total confidence and assurance, it helped tremendously. I recommend you rehearse your responses beforehand and whatever you say, say it confidently without wavering.

3. What will people think?

Now that I’m over three years sober I’ve learned that most people don’t even notice if I’m drinking or not (especially after they’ve had a few drinks)…and that it was all in my head. They are more focused on their own drinks and experience than you – trust me.

4. How do I socialize without alcohol?

Like with anything we haven’t practiced in a while – we’ll be a little rusty and need to be willing to experience discomfort. But what’s also cool with doing new things is that as we see ourselves do them – and do them well – our confidence builds and we get better. One thing I’ll say is that I realized I was a better friend when I wasn’t drinking. When I was drinking I was only focused on the alcohol and getting my next drink… My friends were secondary. So that was a powerful realization for me that made me appreciate my sober self more than my drinking self.

Katie Lain recovered from her own alcohol use disorder over four years ago using a holistic, evidence-based approach that included medication therapy. She had great success with this treatment and has been a coach and advocate in this space ever since. Katie also co-founded Thrive Alcohol Recovery to provide a holistic treatment program for people who want to change their relationship with alcohol using medication therapy. You can learn more at https://www.thrivealcoholrecovery.com/ and https://www.jointhrivecommunity.com/.